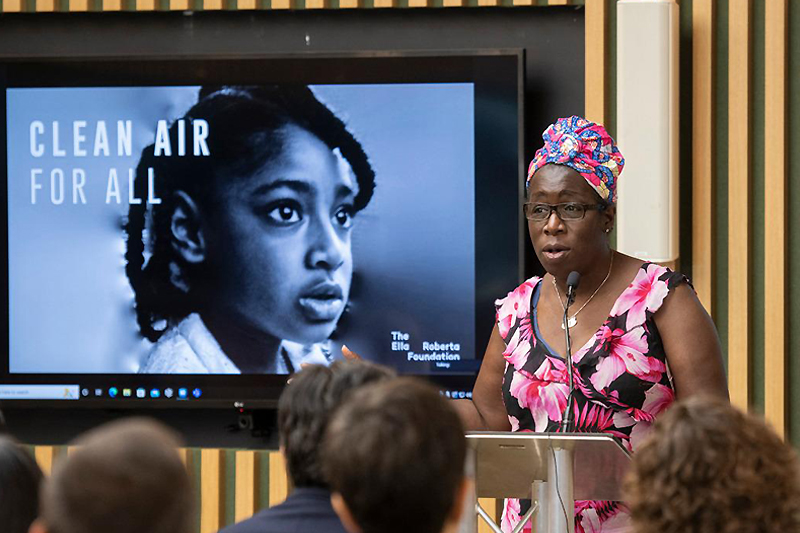 Rosamund Kissi-Debrah speaking on the impact of urban air pollution on child health in memory of her daughter Ella. 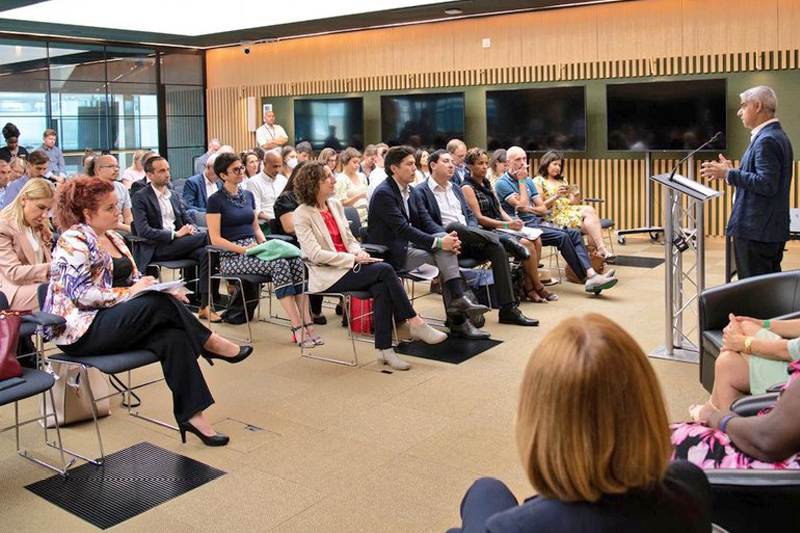 Delegates gathered from cities around the world.

The C40 Cities International Air Quality and Climate Solutions Summit has brought together city policy-makers from across the world to discuss and share policy and best practices, including a focus on the work of TRUE Initiative, supported by the FIA Foundation.

“Europe's heatwave is a stark indicator of why cities need to take immediate, bold action on climate and air quality,” said Mayor of London and C40 Chair, Sadiq Khan, opening the event on a record-breaking hot day in London.

The Real World Emissions (TRUE) initiative, a partnership between the FIA Foundation and the International Council on Clean Transportation (ICCT), was also featured at the event. “Making the evidence-based case for policy change to shift to public, zero, and non-motorised urban transport, projects have already been undertaken in London, New York, Warsaw, Jakarta, Mexico City and many more to support brave Mayors,” added Sheila Watson. “On the hottest day on record in Britain, it is right to highlight diesel car NOx emissions skyrocket by up to 30% when temperatures exceed 30°C, our testing showed in Paris.” She went on to highlight how real-world emissions testing shows new challenges, such as in New York where communities of colour carry a greater burden of dirty air as a result of truck routes and standards policies. She also highlighted policy successes, such as how how London bus NOx emissions dropped 65% in just 5 years in the first testing TRUE undertook.