London ULEZ expansion could cut emissions from worst polluting vehicles by up to 98%, says new analysis 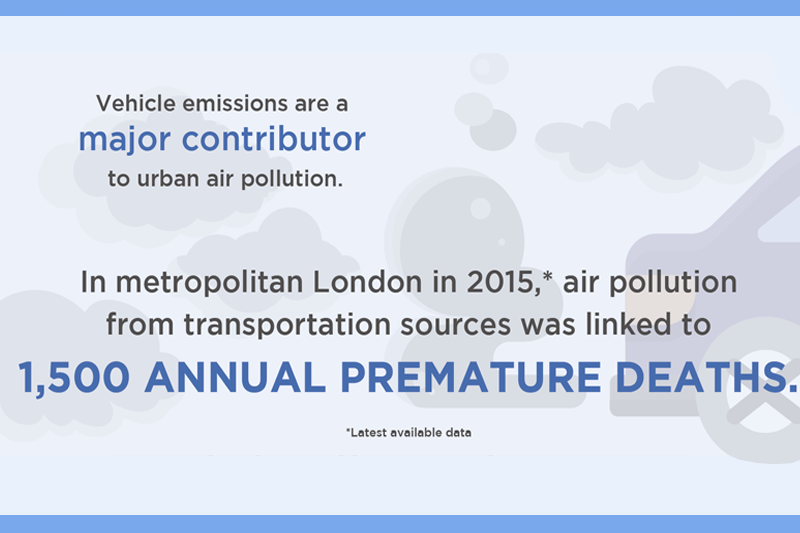 Road traffic is a major source of urban air pollution. 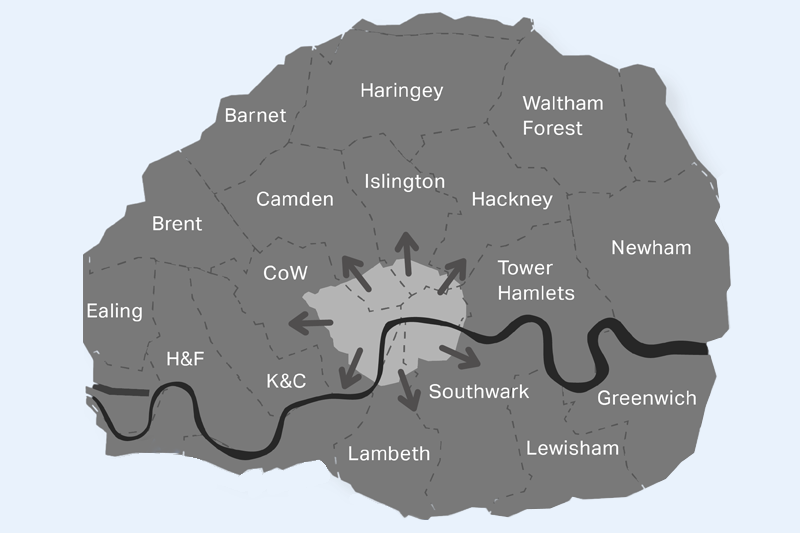 As of October 2021, the area of the ULEZ will expand to cover more of inner London. 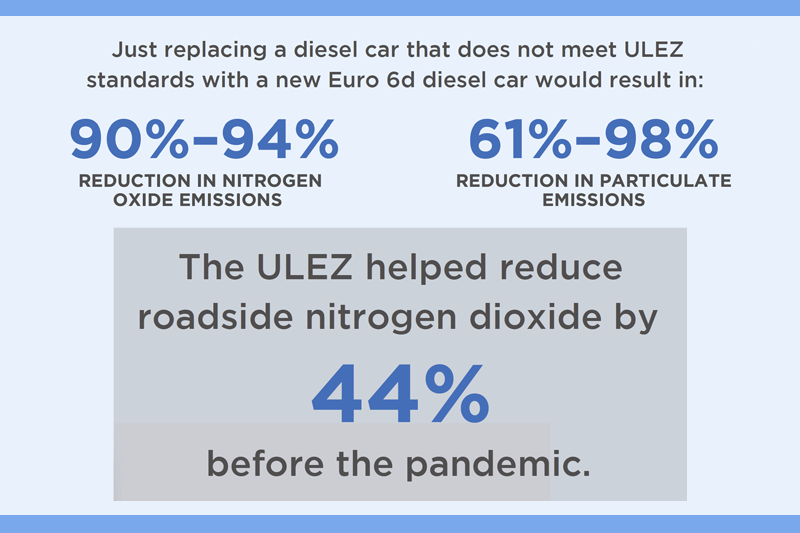 The ULEZ helped reduce roadside nitrogen dioxide by 44% before the pandemic.

New analysis of real-world emissions data collected in London and throughout Europe by the TRUE Initiative details the significant impact on a range of pollutants that London's ULEZ can have by changing the pattern of vehicles in the city:

The London Low Emission Zone (LEZ) and central London Ultra Low Emission Zone (ULEZ),  which regulate access based on vehicle emission standards, target heavy-duty vehicles and passenger vehicles, respectively. Evidence shows these policies are working; as of August 2021, 95% of heavy-duty vehicles operating in London are compliant with more stringent LEZ standards introduced in March 2021. Within the ULEZ, roadside NO2 decreased by 44% compared to levels prior to the announcement of any emissions-based charge.

These types of policies are especially important for addressing vehicles known to have real-world emissions well in exceedance of regulatory limits. This new analysis from TRUE partner the International Council on Clean Transportation (ICCT), which helped to uncover the Dieselgate scandal,  is based on on-road vehicle emissions testing in London. This data gives policymakers and consumers a better understanding of what vehicles actually emit in real-world driving conditions on the streets.

The emissions from vehicles on London streets have been the target for policy actions to reduce their impacts on air quality and health. Prior to the introduction of the first ULEZ zone, it was estimated that some 1,500 Londoners died prematurely as a result of transport linked air pollution, according to a King’s College study. The inquest into the death of 9-year-old Londoner, Ella Kissi-Debrah, determined that pollution from traffic made a "material contribution" to her death, and the coroner’s report said the UK must set stricter air quality limits to prevent similar deaths in the future.

Drew Kodjak, Executive Director of ICCT, commented: "Air quality is one of the leading urban health challenges world-wide. London demonstrates how cities can act to remove high-emitting vehicles from their streets and protect the health of their residents. This analysis highlights the vast improvements already delivered by the existing ULEZ which look set to be consolidated and enhanced by the widening of the zone."

To read the accompanying technical note in PDF format, please click on the link below:
Real-world emissions of passenger cars impacted by the London Ultra Low Emission Zone expansion