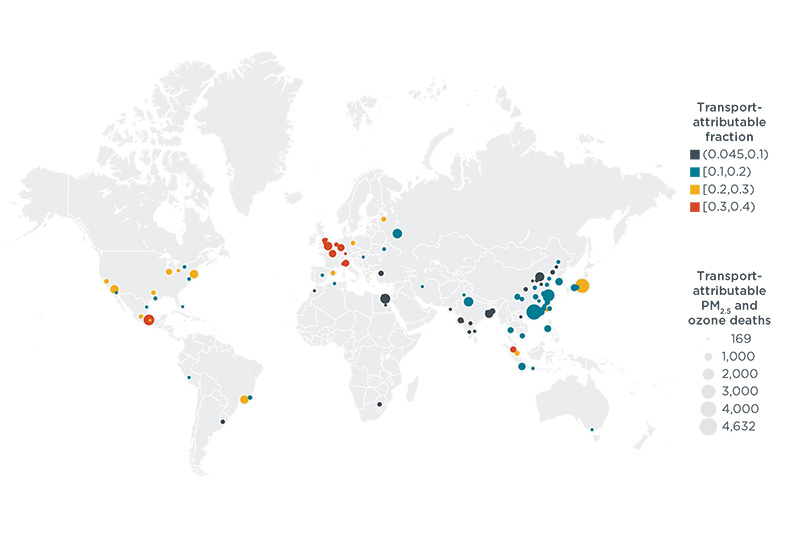 The study provides a detailed picture of the health impacts attributable to emissions from four transportation subsectors: on-road diesel vehicles, on-road non-diesel vehicles, shipping, and non-road mobile sources such as agricultural and construction equipment. The study, by researchers from the International Council on Clean Transportation, George Washington University Milken Institute School of Public Health, and the University of Colorado Boulder, links state-of-the-art vehicle emissions, air pollution, and epidemiological models to estimate health impacts at the global, regional, national, and local levels in 2010 and 2015.

This research follows the findings of the TRUE Initiative which tested the real-world NOX, particulate and CO2 emissions from over 100,000 London vehicles, including taxis and buses. TRUE identified Euro 5 black cabs as disproportionate polluters in the city, while Euro 5 and 6 diesels passenger vehicles flouted standards by an average of three times on city streets.

Measurements of the real-world NOX, particulate and CO2 emissions from over 100,000 vehicles - including taxis and buses – have been taken from across London. It highlights the disproportionate impact of black cabs on London’s streets, and the serious breaches of emissions limits by all diesel vehicles’ respective standards.