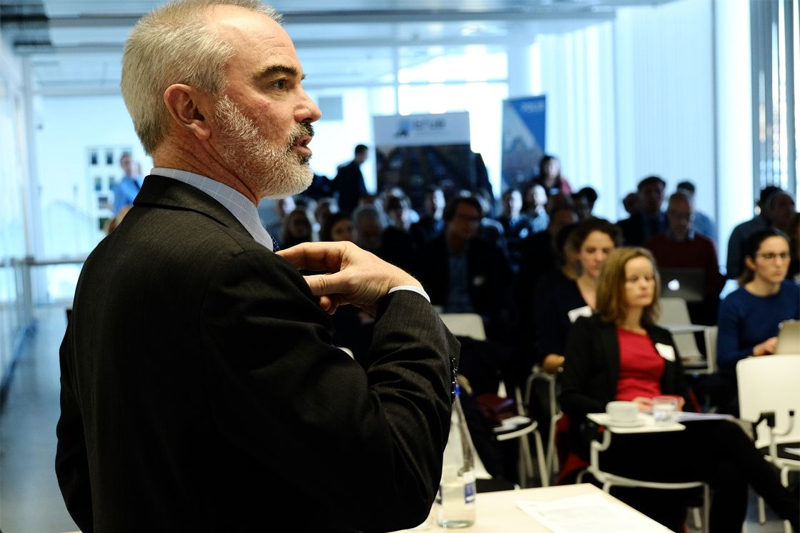 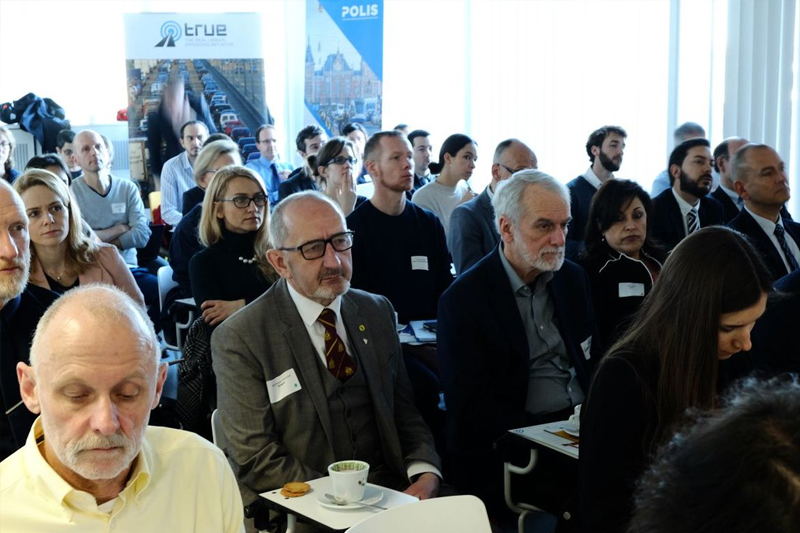 Over 50 delegates from across Europe joined the event.

The TRUE initiative hosted a Zero Emission Cities Conference in Brussels with city network POLIS and Bruxelles Environnement, which welcomed delegates from across Europe alongside environmental and technical leaders to discuss how to tackle toxic emissions in cities.

Key speakers from the city administrations of Brussels, Madrid, Oslo and London as well as the International Council on Clean Transportation (ICCT) discussed policies currently being implemented, and future potential steps to work towards cities free of vehicle emissions.

During the event both Drew Kodjak from ICCT and Anna-Maria Spyriouni from Greater London Authority (see main image above) highlighted TRUE’s work and the impact its real-world data has already had to support and shape urban policy in London, and the implications this had for other urban centres. Following the testing of over 100,000 vehicles across London, TRUE was able to identify that black cabs had a disproportionate impact on air quality, which resulted in the Mayor of London, Sadiq Khan, announcing a series of new measures in response.

More than 50 delegates, representing cities from across the continent, as well as technical and research specialists, joined together to o share perspectives and examples of the challenges and policies being used to reduce vehicle emissions in diverse cities.

The event was hosted at the Polis offices, where Karen Vancluysen, Polis Secretary General, welcomed delegates and emphasised the importance of building dialogue between cities. Following presentations, which examined the policies and impact of city governments on their current and projected air quality, the forum broke out into sessions to discuss challenges and solutions for regions and cities who want to limit or ban diesel and petrol vehicles at local level.

Sheila Watson, Deputy Director of the FIA Foundation, said “It is so important for cities to have the opportunity to share knowledge, work and challenges. It has never been more clear that real-world vehicle emission data is essential to help cities better understand their unique fleet challenges and how their policies will impact air quality for citizens in practice, not just in theory. This conference, with Polis and Bruxelles Environnement, has given European cities the chance to take back lived experience to better plan for zero emission cities.”