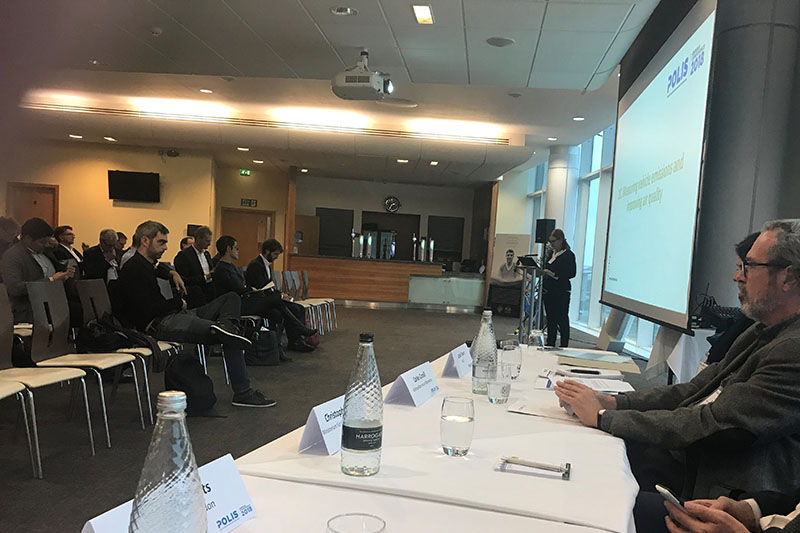 Conference participants hear about TRUE Initiative findings on measuring vehicle emissions and the role of the data collected. 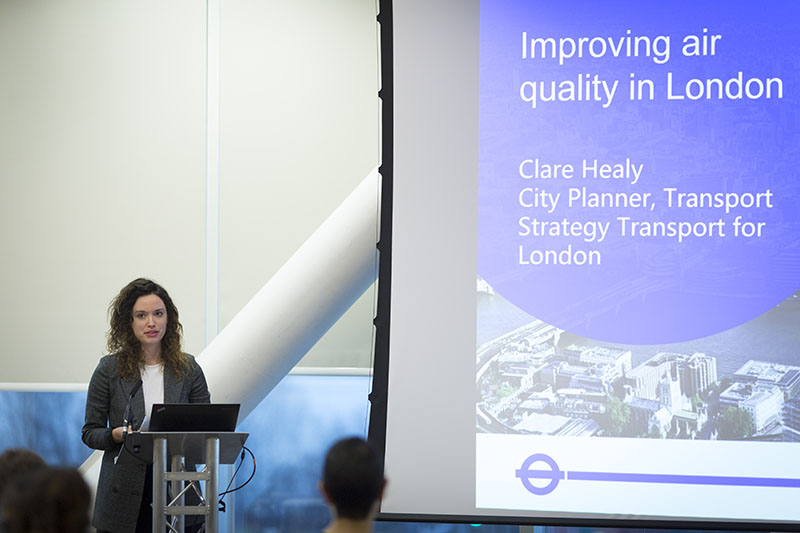 Clare Healey from Transport for London speaking at the event.

At the 2018 POLIS (Cities and Regions for Transport Innovation) conference – ‘Innovation in transport for sustainable cities and regions’, held in Manchester on November 22nd-23rd, Sheila Watson Deputy Director of the FIA Foundation shared the findings of the TRUE initiative to an audience which had come together to discuss measuring vehicle emissions and the role of that data in improving urban air quality.

Speaking as part of a panel which included representatives of the cities of London and Barcelona, and the German region of Baden-Wuttemberg, Sheila explained the objectives of the initiative, its latest findings, and future plans, and the way in which the data which emerges from a remote sensing programme, can help to underpin good policy in urban areas.

The debate and discussion which followed touched upon a range of issues around the usefulness of remote sensing data, the differences between Euro 6 and Euro6 RDE emissions, and the prospects for cleaner fleets in cities around the world. One point which was made several times was that whilst real world sensing data is undoubtedly seen as a useful addition to the range of different evidence sources open to policymakers, it is not always possible to frame policy in a way which completely reflects it’s findings.

In order to support the policy development process, the TRUE initiative will host an invitation-only seminar on remote sensing and low emission zones in London on December 13th. If you work for a city which is looking at how to introduce a LEZ, and would find this event useful, please contact info@trueinitiative.org.